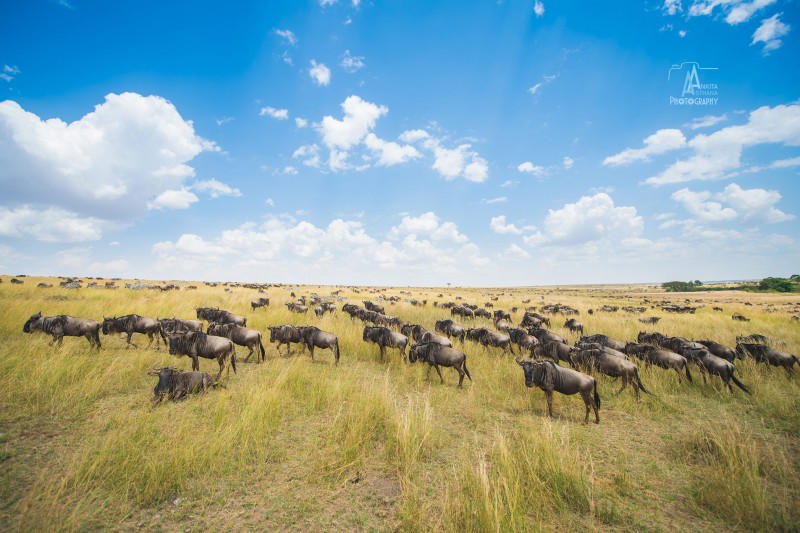 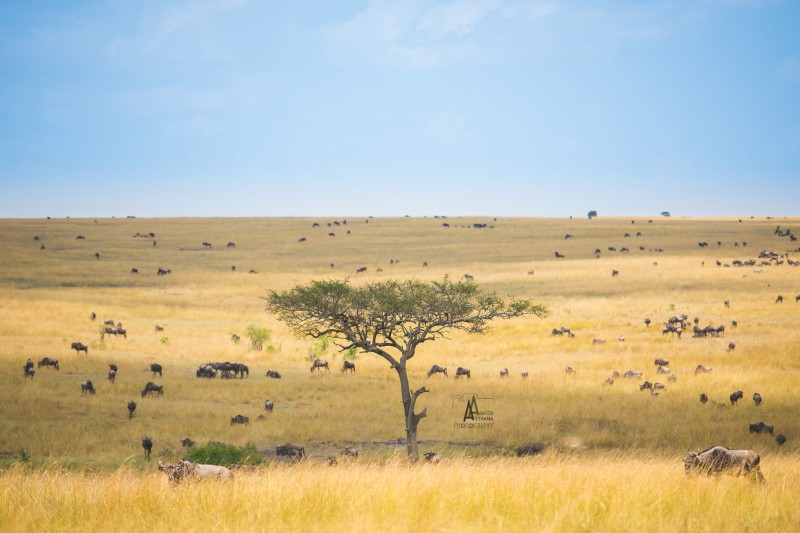 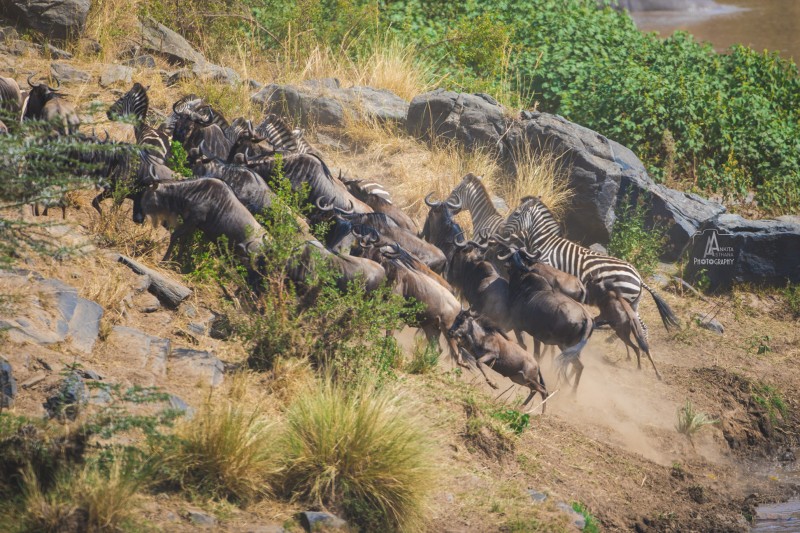 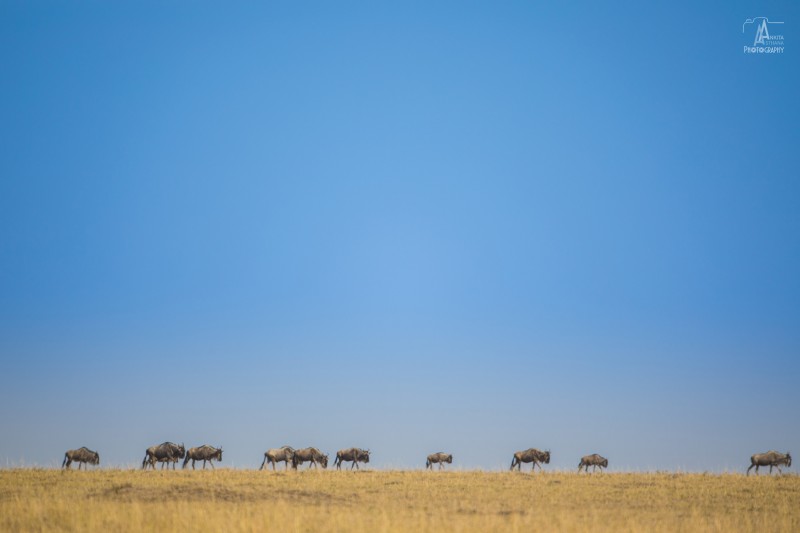 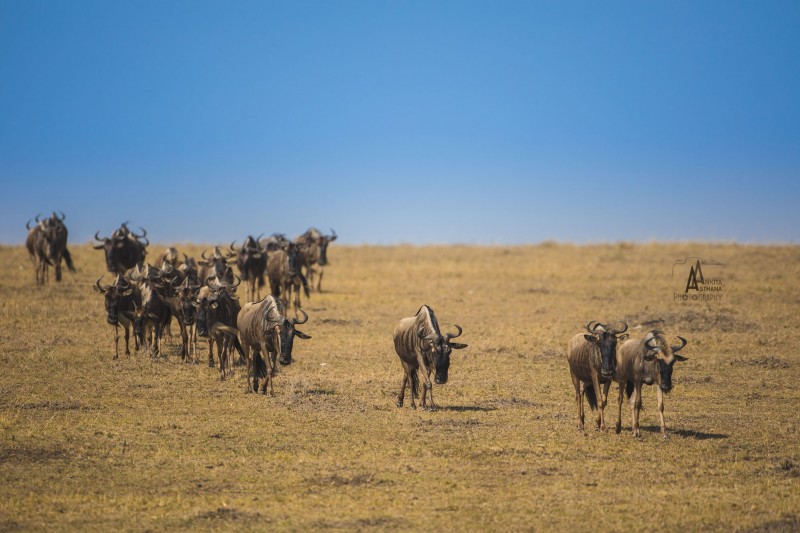 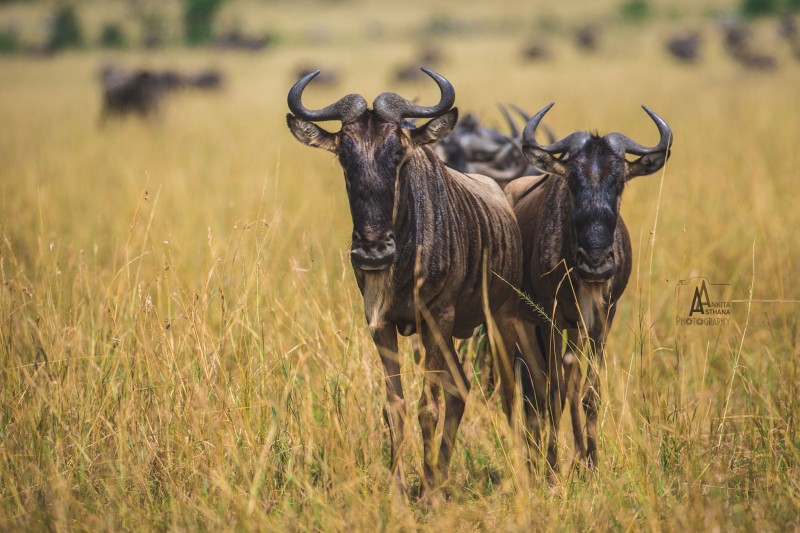 Maasai Mara means spotted landscape in Maasai language, which is apt to describe the ‘spots’ formed by trees, shadows formed by clouds and savannah that mark the area. During the great migration, it also gets spotted with Wildebeest. Wildebeest, a species of antelopes, are nomadic creatures who migrate from Serengeti to Maasai Mara & then back again! While crossing the Mara river, they are hunted by the crocodiles who are waiting for them in the river. They come in search of greener pastures and face the difficult choice of crossing the river for survival. Called ‘The Serengeti migration’ it is the longest & largest over-land migration in the world.