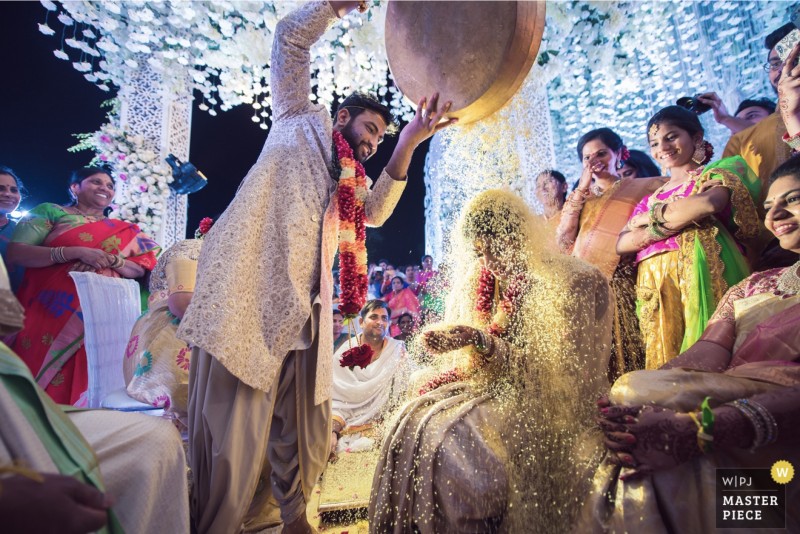 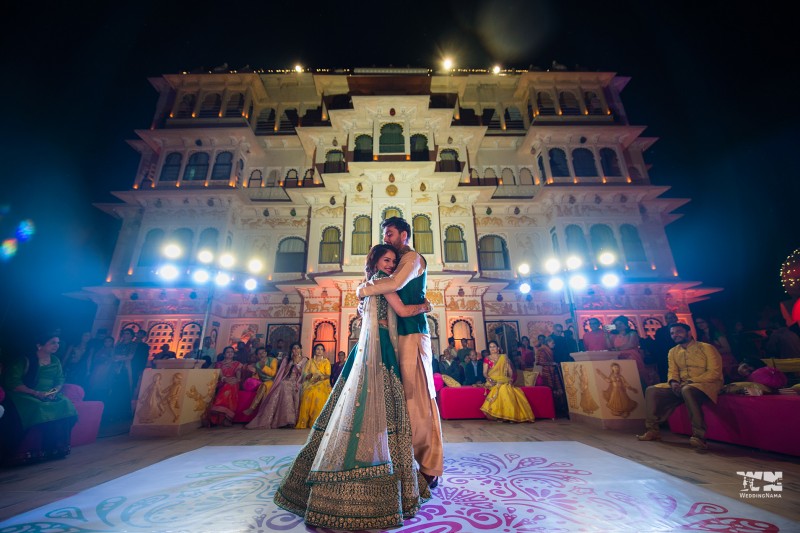 Sharing experiences & behind the scenes of few of my wedding photographs. These are directly posted from my instagram account.

First photograph: This is the shot of the most fun ceremony where the bride and groom pour lots and lots of grains on each other. Here Vasisht just picked up the entire plate (if you can call that a plate, it must have had kilos of grains) and poured it on Sindhura! Thank you #WPJA for this honour. Truly grateful. So happy to get a gold medallion that is given when all four judges select the photograph. @weddingphotojournalists I love the work that you guys select, share and award. I don’t usually share my wedding photos on this page but just had to post this one. I want to thank my couple @vashreddy and @sinrareddy for trusting me to cover their wedding and for giving me such wonderful moments to capture! Shot using the #profotoA1 for @weddingnama

Second Photograph: Sharing another special photograph from one of my favourite recent weddings. When we walked into this huge room, it was pitch black. The first thing I noticed was a huge black and white dome but it was hardly visible because there was no light falling on it. I was sure that I wanted to see that in the photographs. I had recently used one of my #profotoA1 to light up an entire building (will share that photograph soon) so I thought I ll try something with the dome. I attached the wide lens that comes with the A1, extended my light stand to the maximum height and placed it facing upwards. I took a test shot and surprisingly it worked! When the WN couple entered, the energy in the room was insane. Just then an aerial artist dropped down from the dome and started performing. I asked the couple to go closer to the artist. Using another A1 off camera I lit them up from the side. Aaaannd in that moment of craziness I was able to get this shot!

Third Photograph: So by now I think you all know that I love playing with lights. This was one of the biggest risks I took while a real moment was happening. Right after our WN bride’s killer performance, I was sure they both would meet cos and there would be a moment to capture. I was also sure that I wanted a super wide shot of both of them along with the lovely Rajasthani architecture, all in one shot. Now, instead of asking my light guy to light them up, I asked him to go behind them and then turn the other way. He was confused but I am glad reached instantly. The entire building behind them was lit up using the #ProfotoA1 with its wide lens.