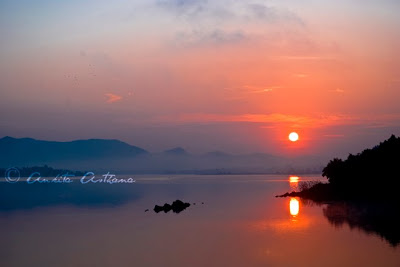 Once upon a time, in a sparkling land far far away, there were fireflies which spit fire and shutterbugs which burst into flashes. Together they lit up the dream world of a little princess. Alana Bora thought the world was perfect. She was the princess of a vast kingdom. She had a mother who loved her and cared about her. She lived in a castle and ate the richest cuisines. She had everything the world could offer. But she was unhappy.

Adeline Bora, the Queen of the kingdom of Maven was a powerful lady. After the cruel murder of her husband, King Alfons Bora, she had taken over the command of the kingdom and she led it to prosperity. Under her reign, no man ever went to bed hungry, no animal was ever tortured and no tree ever fell. This was the golden period for all those living in Maven. Little did they know, this happiness was short-lived.

One day Alana was walking in the wilderness with the Queen. She said to Adeline, “Mother, do you believe in magic?” Adeline looked at her and lovingly held her hand. She took her to the edge of a mountain and said, “Look around you, darling. What do you see?” Alana, the dreamer that she is, replied enthusiastically, “I see beauty mother. I see the green trees talking to each other about their adventures. I see the blue seas humming songs of their glorious past. I see the colourful birds chirping merrily. I see the orange skies ready to eat up the sun. What do you see?” Adeline gazed into the distant horizon until the skies turned red. As the sun disappeared and darkness set in, she slowly whispered, “I see magic my child. I see magic. Remember this moment Alana; the world as it should be. Let nothing destroy the beauty of nature and you will be surrounded by magic forever.”

That night Alana lay in her bed pondering over her mother’s words. She was not satisfied with her answer; she felt Adeline was hiding something from her. The truth was that Alana was never satisfied with anything Maven had to offer her. She was a curious child, opening all closed doors to discover new secrets and hidden meanings. She wanted to know everything, everything! She believed that there was another universe, a magical one. One in which her father was still alive. She could still picture vividly the last day she had spent with him. They were on the beach. The sand was pure white and the water clear blue. Sun was shining bright. The skies were clear. Not a single cloud to be seen. She could feel the salty breeze on her face. She closed her eyes. Alfons lifted her high up into the air and let her go. The world stopped moving. The wind stopped blowing. There was absolute silence in the air. She spread out her arms as wide as they would go. There she was flying like a bird. A sudden rush of blood and she was falling down. She opened her eyes and her father was laughing. She had fallen right into his arms. She smiled at him. He was running behind her. They were in the forest. She tried not to burst out laughing. She was hiding on a branch of her favourite tree. He could not see her. He was running in circles around the trees. Alana screamed but no sound came out of her mouth. Behind her father was a masked man in a black robe, holding a naked sword. Alfons did not see him. He struck from behind. She sat there in shock while she watched her own father being tormented to death. The masked man tied him with a rope and dragged him deep into the forest. She was screaming again. This time the sounds echoed in the chamber. She was in her bed covered in sweat. Alana was shivering. Adeline was sitting beside her to wipe her daughter’s tears. She held Alana close to her heart and rocked her back and forth while singing her favourite lullaby very softly.

“Lay thee down now and rest, may thy slumber be blessed”